Why Book With Us?

Book Your Stay
Why Book With Us?

Why Book With Us?

Book Your Stay
Why Book With Us?

"Rock the Yard at the Leixlip Festival"

Hailing from Limerick, Hermitage Green have made a large impact in a short period of time. The line up features Darragh Graham, Darragh Griffin, and brothers Dan & Barry Murphy and Dermot Sheedy. Their unique arrangement of instruments includes the bodhrán, djembe, rhytmic guitar and banjo sets them apart with a truly original offering of Irish music.

After having released their first full lenght album via SONY Ireland and watching it climb the charts with tracks like Quicksand, Not Your Lover, and Save Your Soul, and performing main stage at Electric Picnic, the band has been touring internationally to sold out gigs across Ireland, the UK, Middle East, Australia an the US.

Now the band is back after having spent months in world renowned Rockfield Studios in Wales where their new recordings share company with the likes of Queen, Robert Plant and many others. We are delighted to have them back as our headline act for Saturday, 1st June for our open air music festival.

With Grammy winning producer Matt Lawerence (Adele, Amy Winehouse, Mumford & Sons) at the helm of this record, the band has created an EP entitled Gold & Rust consisting of 6 progressive sonic masterpieces ready to Rock the Yard. 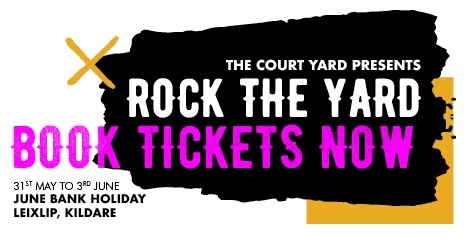 The best of live Irish music features at the 2019 Leixlip Festival and tickets are available via our website for both Weekend and Day passes. This year we welcome Wild Youth for the first time to the Rock the Yard stage. We can't wait to welcome Hermitage Green to the Leixlip Festival again! They will headline on Saturday 1st June We can't wait to welcome back The Riptide Movement to the Court Yard Hotel. They will headline the Leixlip Festival on Sunday 2nd June The Leixlip Festival would not be the same without Smash Hits! We are delighted to welcome them back to the Court Yard Hotel again on Monday 3rd June 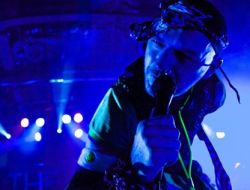